A of black-oriented movies and television shows debuted at the American Black Film Festival earlier this month, celebrating the brilliance and creativity of black art.

There are a lot of black films and TV shows to look forward to this summer.

On the 18th of June, HBO released the first trailer for the highly anticipated third season of Insecure. Revealing that Issa, played by lead actress and show creator Issa Rae, may finally be over her ex Lawrence (Jay Ellis).

In the clip, she is seen enjoying single life with her best friend Molly (Yvonne Orji), Tiffany (Amanda Seales), and Kelli (Natasha Rothwell). However, she may GO BACK TO her fling with Daniel (Y’lan Noel), who also makes an appearance in the promo.

Official synopsis: Modern-day black women might be described as strong and confident; in other words, just the opposite of Issa and

and Molly. As the best friends deal with their own real-life flaws, their insecurities come to the fore as together they cope with an endless series of uncomfortable everyday experiences. Created by co-star Issa Rae and writer/comic Larry Wilmore (The Daily Show With Jon Stewart), the comedy series looks at the friendship of two black women in a unique, authentic way. It features the music of both indie and established artists of color, and touches on a variety of social and racial issues that relate to the contemporary black experience.

Superfly puts a modern-day spin on the 1972 blaxploitation classic, starring Trevor Jackson as the antihero.

Set in Atlanta, the movie is filled with fancy cars, hip-hop, and strip clubs. The Sony and Silver Pictures’ reboot debuted on June the 13tg earning an estimated $1.2 million.

Official synopsis: Cocaine kingpin Youngblood Priest realizes that it’s time to get out of the game after surviving a violent attack from a crazed rival. Hoping for one last score, Priest and his partner travel to Mexico to arrange a deal.

The career criminal now finds himself trying to outmaneuver the cartel, two corrupt police officers and all the double-crossers that threaten his path to freedom.

Cheo Hodari Coker’s adaption of Marvel’s Luke Cage has been a fan favorite since the streaming series first premiered in 2016.

Official synopsis: After clearing his name, Luke Cage (played by actor Mike Colter) has become a celebrity on the streets of Harlem, with a reputation as bulletproof as his skin.

But being so visible has only increased his need to protect the community and find the limits of who he can and can’t save. With the rise of a formidable new foe, Luke is

limits of who he can and can’t save. With the rise of a formidable new foe, Luke is forced to confront the fine line that separates a hero from a villain.

Love Is_ is a new romantic series that gives us the ‘90s nostalgia.

The show is based on the real-life romance of award-winning producer Mara Brock Akil—the mastermind behind Girlfriends, The Game, and Being Mary Jane— and her husband Salim Akil. Set in 1990s L.A., actors Michele Weaver and William Catlett play Mara and Salim when they first started dating back in 1997.

Set in 1990s Los Angeles against the backdrop of Black Hollywood, Love Is___follows Nuri (Michele Weaver) and Yasir (Will Catlett), a couple from seemingly opposite worlds, as they chase their dreams and learn to follow their hearts.

Told from the perspective of the couple’s present-day selves, the romantic drama also revisits the social issues and vibrant black culture of that time reflecting on how it all aligned to shape the couple they have become nearly 20 years later—a power couple navigating a complex set of social codes while also balancing successful careers and a beautiful family. Drawing inspiration from creators Mara Brock Akil and

Salim Akil’s own relationship journey, the series explores the highs, the lows, and the magic of falling (and staying) in love.

SORRY TO BOTHER YOU

Sorry To Bother You is an Afro-futuristiccomedy that pushes an anti-capitalist message.

Official synopsis: Sorry To Bother You is an alternate present-day version of Oakland. Telemarketer Cassius Green (Lakeith Stanfield) discovers a magical key to professional success, propelling him into a macabre universe.

The film is written and directed by Boots Riley and produced by Nina Yang Bongiovi, Forest Whitaker, Charles D. King and George Rush with distribution by Annapurna Pictures.

Extraordinary filmmakers Spike Lee and Jordan Peele teamed up to produce one of the most highly anticipated movies of the summer, BlacKkKlansman.

It’s the early 1970s, and Ron Stallworth (John David Washington) is the first African-American detective to serve in the Colorado Springs Police Department. Determined to make a name for himself, Stallworth bravely sets out on a dangerous mission: infiltrate and expose the Ku Klux Klan.

The young detective soon recruits a more seasoned colleague, Flip Zimmerman (Adam Driver), into the undercover investigation of a lifetime.

Together, they team up to take down the extremist hate group as the organization aims to sanitize its violent rhetoric to appeal to the mainstream. Produced by the team behind the Academy-Award® winning film Get Out.

We are RUFU – Royal Urban Fashion United, a joint marketplace and selling point for you! We are Official partner of African Fashion Week #AFWA2022 and a branch of the online platform & magazine Melanin Wonder. In partnership with African Fashion week, we offer our services to global causes for supporting diversity and inclusion. Our strength is in unity and our love for people and in embracing who we are. Our mission is to increase global awareness and sustainably intensify African fashion, lifestyle, culture, arts and music.

With RUFU we embrace our roots as descendants of Kings and Queens and yet abandon stereotypes. We break free from cultural barriers and serve all humankind by giving voice to the colors of opportunity and divine creativity. We are empowering the next generation with the best of contemporary fashion, giving credit to our ancestors. We are opening up the door for opportunity, the latest technology and a new way of doing conscious fair trade. We connect the right audience with the right designers and unite them on ONE platform.

We aim for awareness and positive perception of the melanated community with a variety of platforms investing in mediums to promote intrinsic artistry, encouraging the use of recyclable materials, fair trade and ethical labor practices. Why? Because the fashion industry is one of the most polluting, as well as one of the most energy and resource intensive. With RUFU we support significant actions that go above and beyond what customers are already expecting of today’s demands and join forces with the industry’s final transition to a new sustainable model.

In the midst of promoting the beauty of arts and culture our aim is to support sustainable fashion all over the world. Under our umbrella we bring together products, processes, activities, and actors (policymakers, brands, and consumers) working toward a carbon-neutral fashion industry based on equality, social justice, animal welfare, and ecological integrity. We are looking for brands who create the best outfits with less waste, paying fair wages & providing proper working conditions. Brands who are on a mission to reduce Co2 & other greenhouse emissions, always saving water in production and also saving animals lives!

We are a small but fast growing online business incorporated and based in Amsterdam, The Netherlands that specializes in a wide variety of trending products.

Our business is setup for online sales only to keep the costs down and pass on all of the savings to you. By offering our products online we can save you up to 70% of retail prices. All our products are of great quality and come with a back or exchange guarantee.

Our team of customer service staff can be contacted by email at info@rufu.fashion, and are dedicated to ensuring that every one of our customer’s expectations are exceeded. 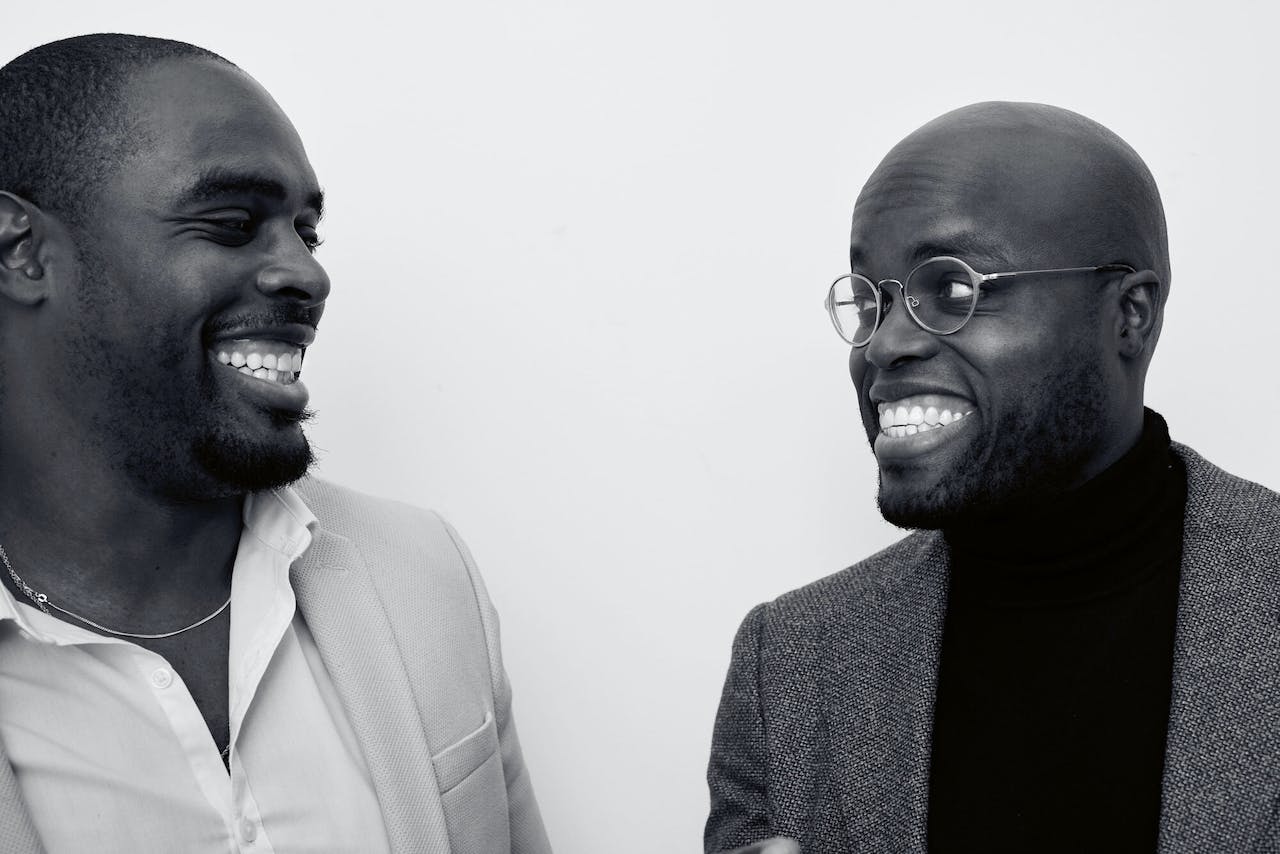 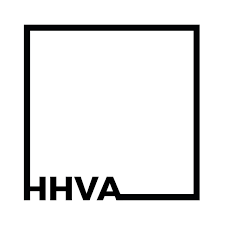