Where are you from ?

I’m a Tutsi from Burundi , born and raised!

Who was Ornella before she became a model. Can you tell us more about that period?

The Nella before I was a party animal (still am to a certain extend tho). I move to den Bosch from Burundi about 10+ years ago With my parents. I moved out by the age of 18 to live on my own in Amsterdam . I studied to be a flight attendant but I ended up dropping out because I couldn’t get an internship due to my tattoos.

Ornella ‘fresh from the boat’ as she jokingly says

I then went on to study marketing and communication, whilst studying I started working as a waitress. Cz life is tough and expensive lol! I also went on to work at bars and clubs in Amsterdam which was an amazing experience. I was attracted to the night life, I think that’s what I miss the most. There is a massive throwback picture when I was just fresh off the boat. Doesn’t get better than this lol.

The modelling industry can be cut throat with diet rules and maybe even racism or color-ism. What keeps you in the modelling game?

The change is not happening fast enough but it is happening petit-a-petit. Seeing beautiful black models killing the game motivates me. Seeing models that look different finally on covers and billboards motivates me .But what motivates me more is when I hear that I inspired someone to become a model or to embrace being themselves.

“You will need to work twice as hard to get half the opportunity!”

What was one of your most favorite photoshoot and runway show you did?

I did a show in Tokyo where they had set up a bar in the 80’s and the models had to party and dance and even order drinks during the show. It was amazing to be able to completely let go and be whoever u want to be and get paid for it.

What makes You different than any other model in the scene?

My tomboyish style plays a big part I think. Not to mention I’m pretty inked up lol. My crooked teeth that differentiates my smile. My bald Head and also my personality. I am pretty outspoken and I will always share my opinion

Do you have any advice for people of color that want to start to model that are based in a non melanated or melanin deprived country?

What other dreams do you have that you wish to do someday besides modelling?

I have too many! I want to know how to play most instruments (working on it ). I’m working on creating space for ppl of color where they can find education they won’t find in a school system that is not designed for them to succeed. Where POC can have discussion on issues that we face daily and where they can give workshops and dance and sing at the same time. (Also currently working on this) . I also happen to want to be a police officer some day.

Do you have a partner?

She is not just my girlfriend, she is the serotonin to my brain. Sandra Lambeck. 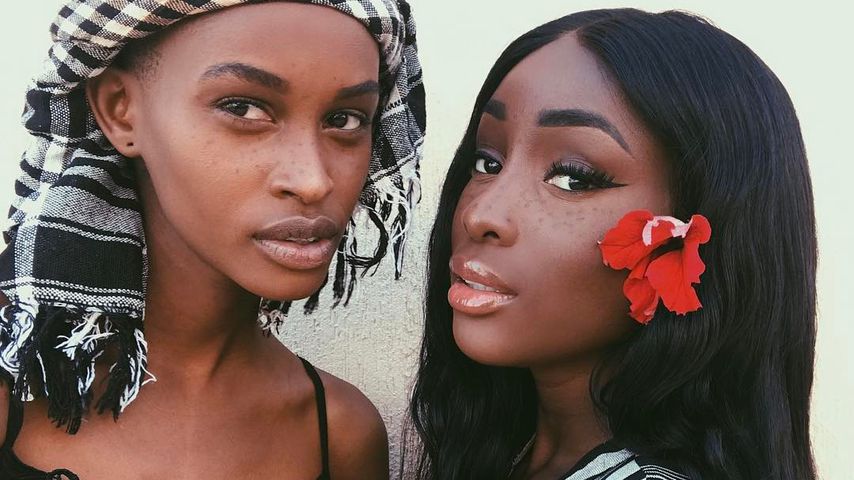 You’re a Vegan, when did u decide to become Vegan and why?

I became a vegan a little over 2 years ago. I was at a stage in my life where I was starting my spiritual growth and being more conscious about pretty much everything and an animal cruelty free diet only makes sense.

My favorite vegan restaurant in Amsterdam is this Jamaican-Japanese little restaurant called Terrazen center. It’s owned by a family the dad is Jamaican and the mom is Japanese and together they make delishious vegan soul food.

What are some of your favorite songs at the moment? We have seen u share multiple songs on instastory.

Would you like your son or daughter to model in the future?

I never thought about having kids. If for some strange reason that changes. I would love for my son or daughter to be anything they want to be.

Mary SKYROCKETS with her MAFCouture Line and AMAZING and FAST design!

The Face of Melanin Wonder 2020 competition – The Next Generation

On the 1st of March, the 9 finalists of ‘The Face of Melanin Wonder 2020’ had their official photoshoot on the Damsquare in Amsterdam.

In groups of 3, the finalists put their best pose forward. The final pictures are being used for the second online voting competition. The points of these votes will be added to the final points of 18 March 2020 #GrandFinale.

The Grand Finale of the Face of Melanin Wonder shall be held in Amsterdam at the EFE Venue.

If you want to be part of the big happening and want to support your favorite, then don’t hesisate to buy your tickets online, before they’re sold out.

Be there or be squared! #FaceOfMelaninWonder2020

Last weekend, on the 8th of February 2020, Melanin Wonder held its casting at the EFE venue in Amsterdam. After a lot of online entries, they shortlisted 30 models to come at the casting.


Out of these 30 candidates, the’ve chosen the top 13. These are the contestants that are in the running to become ‘The Face of Melanin Wonder 2020 – the next generation’:

Keep an eye on our socials and website, voting round starts anytime soon.

Stephanie Omogun is the new Miss Avantgarde 2019 and will be a finalist at the Miss Eco International 2020 competition in Egypt.

Miss Eco International is an International Beauty competition that brings together representatives of different cultures and traditions from all over the world. Its main objective is to promote the importance of saving our planet environmentally in addition to marketing tourism across the world.
This competition focuses on the wellness of the mind, body, and spirit of all the candidates that represent all the countries from all over the world.

Our very own Melanin Wonder founder Stephanie Omogun has been awarded the title of Miss Avantgarde 2019!!!

The Miss Avantgarde is more than just a Beauty Contest for the Netherlands. According to the pageant details the contest focuses on art, creativity, promotes awareness in fields of the environment and sustainability. The awarded recipients are also given the opportunity to advance their career in the areas of modelling, photography and the fashion world.

Some of the categories are extremely unique to the competition. In the Fashion Category, the contestant works with a fashion designer who makes an outfit from recyclable materials.

Stephanie’s modeling and previous pageant history has prepared her for this moment. She will be the first Afro-Dutch woman to represent the Netherlands in the Miss Eco International competition next year.

She was recently a pageant contender in the Miss World NL in 2018 as well.

Melanin Wonder is extremely proud of this accomplishment by Stephanie.

We are honoured to say that she was awarded the title of Miss Avantgarde 2019! She will directly continue to represent the Netherlands in Egypt and meet Miss Eco Finalists from all over the world!